Are You Using Your Forklift to its Fullest Potential?

Forklifts came into general use in the 1920s. They’re now used around the world to move a huge variety of materials.

World War I was the start of a huge leap in the development of forklifts, as the number of men available for manual labor decreased. And, as time went on, so did the need for efficient, maneuverable trucks that used different power sources: diesel, propane gas, even electricity. 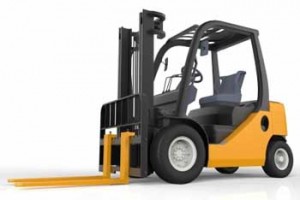 There basically are four different types of forklifts:

Diesel forklifts are used primarily outside – the diesel fumes and all. They’re also rather bulky. These forklifts often are used for heavier workloads with a higher torque. They’re also more fuel efficient than other types of forklifts (they often are powered by red diesel, which is less expensive than normal diesel fuel). Diesel forklifts also tend to be more powerful than other types due to their greater acceleration capabilities and lifting speeds.

Attach a bucket to the forks and the forklift can be used for scooping loose material. Diesel forklifts also are handy when something needs to be towed.

Forklifts using electricity (via batteries) emit less noise and no fumes, making them environmentally friendly. Their batteries also act as counterweights, providing more maneuverability. They’re also easy to operate and drive than engine-driven forklifts. They’re also cheaper to maintain, given that they have fewer moving parts.

Propane forklifts can be used both indoors and out due to their use of liquid petroleum gas (LPG) as a fuel source. They also tend to beat electric and diesel forklifts when it comes to performance due to a better power-to-weight ratio. And, while they do require a great deal of skill to operate, they’re more comfortable than their propane cousin because seat vibration is less, as are noise levels. They are, however less comfortable than an electric forklift.

The big daddies of forklifts are telescopic forklifts (forklift trucks). These usually are much heavier and stronger than other types of forklifts and often are used in the agriculture or construction sectors. Their extending fork arms (known as a boom) also can reach high areas such as roofs and scaffolding. These types of forklifts can be fitted with different attachments such as buckets, pallet forks, landscape rakes, augers, grapples, sweepers, angle brooms, platforms, jibs, and more.